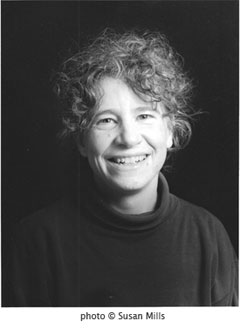 Barbara Truex has been involved with the Portland, Maine, performing arts scene since 1989 and before that in southwestern Connecticut. She joined FinalRune in the creation of the score for Ogle-Award winning Waiting for a Window and was a major part in make the Mad Horse OTR re-creation project happen.

A performing musician since the 1960’s, Truex has been active in a wide range of musical genres and contexts. She is recognized as an innovator for her use of the fretted dulcimer in jazz, pop, free improvisational music and other settings beyond the familiar folk and traditional realms. She has extensive experience working with dance and theater ensembles, both as a composer and on stage musical accompanist.