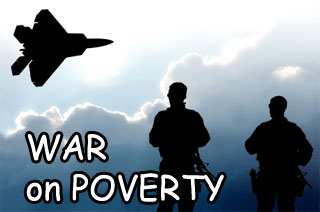 In a back back back door meeting in the White House, the President and his most trusted advisors discuss a new conflict which is unavoidable, absolutely essential to America (at least insofar as justifying the ballooning Department of Defense budget).

This new conflict, nay, War, will be a War fought against one of the most pervasive ills that has cursed civilization since the beginning. A War on… Poverty.

Wait. Poverty? How do you attack poverty?

This tongue in cheek 5 minute treat was produced for an audio engineering course Fred recently took with Dave Moulton (a Grammy nominated engineer) with the University of Maine in Augusta.

Voted most likely to get Fred on an FBI watch list!

This production was recorded in-studio at Mind’s Eye Productions for a University of Maine Augusta audio engineering class, Spring 2010.    Sound effects and additional music courtesy of Sounddogs.com and Soundrangers.com. 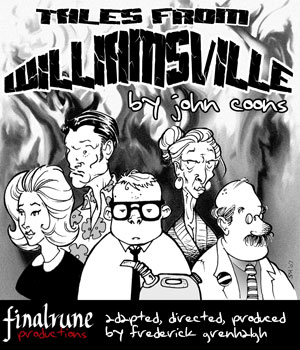 Welcome to Williamsville, where tradition and routine dictate the ebb and flow of life. Yet, Williamsville is not without its stories… How do one repressed arsonist, a sexually-charged geriatric, a slimy drug dealer and a soccer mom on steroids combine in the most exciting thing to happen in Williamsville since 1936? Starring a cast of talented and twisted University of Southern Maine students.